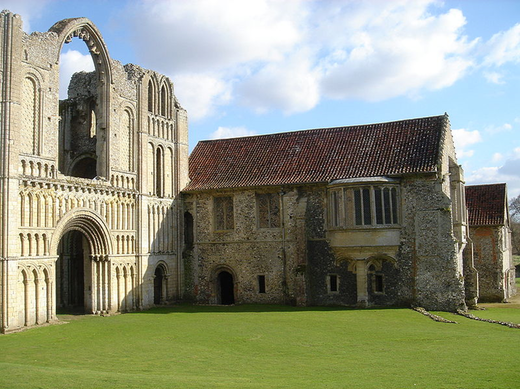 
Daughter of Richard de la Haye, wife to William fitz Erneis and secondly to Gerard de Camville.  The death of Nicholaa’s father about 1169 transformed his eldest daughter Nicholaa, “a strapping Norman woman of the same breed as the famous Arletta, mother of William the Conqueror and Matilda, his wife,” into a wealthy heiress, a highly attractive marital prize. She possessed extensive estates in Lincolnshire centered on the barony of Brattleby and a claim to hold the office of castellan (castle governor) of Lincoln (both her father and grandfather held this office.)  The Camvilles, like the de la Hayes, were established servants of the Crown, Richard de Camville was admiral of King Richard’s cruising fleet during the Third Crusade in 1190.
Despite her legal subordination to her husband, Nicholaa was actively involved in the management of her own estates during her marriage to Gerard. In 1191, Nicholaa was left to defend Lincoln castle against an attack from the Chancellor’s forces while Gerard was supporting John at Nottingham Castle.   The siege lasted for over a month, in fact the pipe rolls of 1191 reveal that mercenary soldiers were employed for forty days on the siege of Lincoln Castle.  Nicholaa, “not thinking about anything womanly, defended the castle manfully” and was described by chroniclers exhibiting qualities as a military leader, unusual for a woman. ​ 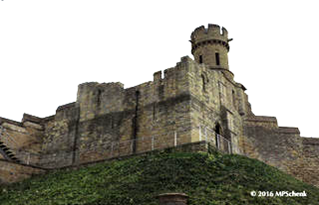 Lincoln Castle held by Nicholaa de la Haye for over 40 days, the turning point in the First Baron’s War
© Michael Schenk..
After her husband’s death in 1215, as a “femme sole’, she secured possession of her inheritance and in 1216 assumed the office of castellan of Lincoln Castle followed  by royal appointment, just before king John died, as Sheriff of Lincolnshire. The appointment of a woman as a sheriff was highly unusual in an age when women, as members of ‘the weaker sex’, were usually barred from public life.  In 1216, Nicholaa prevented Lincoln Castle from falling into enemy hands by purchasing a truce when a rebel army led by Gilbert de Gant who had occupied the city.  Upon king John’s visit later in the year she offered the castle keys and tendered her resignation as castellan explaining she was of great age and had endured great labors and anxieties in the castle and was not able to endure any longer to which John protested and requested her to keep the castle keys.   ​
In 1217, she again “manfully defended herself” against Prince Louis and his reinforcements with a loyalist victory May 20, 1217 at the Battle of Lincoln changing the tide of the war and effectively sealing the fate of Prince Louis' ambitions in England. Despite her track record she was removed from office four days after the battle and replaced by Henry III's uncle, the Earl of Salisbury which meant not only loosing custody of the county but the castle itself.  Not one to give up, she travelled to court to remind the king’s regents of her service and her castle was restored to her.  She was a religious benefactor to Castle Acre Priory in Norfolk, Spalding Priory, and 2 new grants to Lincoln Cathedral.  Nicholaa is a woman renowned for her abilities rather than her family and connections and  proved she was able to hold her own in a man’s world.   ​
Map of Lincoln, England
​References and Further Reading
Proudly powered by Weebly